The American Society of Journalists and Authors filed suit Dec. 17 against the state of California to stop a new law from “violating the Constitution and devastating the careers of freelance journalists such as writers and photographers,” the organization said. Assembly Bill 5, which took effect Jan. 1, caps journalists at 35 pieces of content per year for a company. If journalists exceed that, they must become employees of that company. Journalists who record video instantly lose their ability to work independently, says ASJA. Marketers, grant writers, and graphic designers face no such limit. “Under the law, a freelancer like me can write 200-plus press releases in a year for a marketing firm, and it’s no problem. But if a newspaper wants me to write a weekly column about local politics, it must put me on staff — a very unlikely prospect — or violate the law. Otherwise I am silenced,” said San Diego freelance writer Randy Dotinga, a board member and former president of ASJA. The suit was filed in federal court in Los Angeles by ASJA’s pro bono attorneys at Pacific Legal Foundation. ASJA joins the National Press Photographers Association as plaintiffs in the suit. ASJA says it’s concerned about proposed laws in New York and New Jersey that are inspired by AB 5.

Things to Consider before taking up Freelance Bookkeeping Jobs 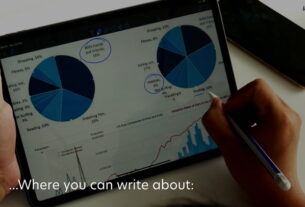 SPONSORED: A Guide to Accounting Basics for Freelancers

This website uses cookies to improve your experience while you navigate through the website. Out of these cookies, the cookies that are categorized as necessary are stored on your browser as they are essential for the working of basic functionalities of the website. We also use third-party cookies that help us analyze and understand how you use this website. These cookies will be stored in your browser only with your consent. You also have the option to opt-out of these cookies. But opting out of some of these cookies may have an effect on your browsing experience.
Necessary Always Enabled
Necessary cookies are absolutely essential for the website to function properly. This category only includes cookies that ensures basic functionalities and security features of the website. These cookies do not store any personal information.
Non-necessary
Any cookies that may not be particularly necessary for the website to function and is used specifically to collect user personal data via analytics, ads, other embedded contents are termed as non-necessary cookies. It is mandatory to procure user consent prior to running these cookies on your website.
SAVE & ACCEPT