Technology Can Help Level The Economic Playing Field The gender wage gap for women in the workplace has been widely reported: Women earn on average 80% of what a man earns doing the same job . What’s rarely discussed, however, is the pay gap that exists for women entrepreneurs and freelancers. According to Women in the Workforce Report Self-Employed women earn on avg $56,184 per year, while self-employed men earn on avg $77,540 annually. It’s not just pay disparity that are causing women entrepreneurs and freelancers insecurity. Late and non-payment also take a toll on financial and emotional well-being. The Late Payment Gap According to the Freelancers Union , freelancers across the United States make on average $45,000 a year, and lose 14% of their income to late or non-payment. FreshBooks – Women in the Workforce Report , women freelancers get paid late 31% of the time. “If you think about it but think about it in terms of in the context of the liabilities that you have, perhaps a mortgage, or car payments, even daycare for your children, it’s very painful,” says Lamine Zarrad, Social Entrepreneur, CEO, Co-Founder, Joust Bank . “Systemic biases exist across the board. And as a woman if you engage clients there’s a higher chance of delinquent payments or non-payment,” he adds. Technology – Leveling the Playing Economic Playing Field Zarrad created a new banking app called Joust, aimed at eliminating the stress of wondering if you will get paid and when. The app’s Pay Armor feature will pay your invoice immediately or within 30 days, for a fee of between 1% and 6%. There are other apps that have features that allow you access invoiced funds. Experts say Joust’s low fees, coupled with Zarrad’s social mission to create pay equity in the solopreneur and freelancing worlds, make it a standout in the field. “That’s going to be a huge game changer when women who are already managing so much can actually have some assurance that they’re going to be paid on time for their work,” says Caitlin Pierce, executive director of the Freelancers Union. “We certainly are not delusional enough to believe we can solve the pay gap problem with an app, but we see it as an equalizer,” says Zarrad. Creating Financial Security Other steps self-employed women can take to realize the economic value of what they have to offer: Know your industry so you know what to charge a client. If you lower prices to build a client base, create a plan of when to increase prices to market rate Hire help as needed if tasks like accounting or managing your social media require days away from making money. Learn new skills or get certifications to increase your value. Consider crowdfunding to raise capital – women have been 32% more successful than men at raising capital. The New Realities of the Workforce In 10 years , the majority of the U.S. workforce will be freelancing. For women, this takes on significant […]

Academy of Art University: How an Art & Design Degree Closes the Skills Gap and Fills the Employment Void with Freelancing 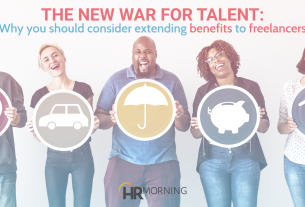 The new war for talent: Why you should consider offering benefits to freelancers