Let me open with a confession: Keith Richards is one of my guitar heroes. He’s been a legend for more than five decades, and he’s still rocking at 76. It’s not a secret that he became legendary not only because of his playing, but also because of the fast-paced life he continues to lead off-stage. Keith’s positive aging outlook is embodied by one of his famous quotes that I live by: “Some things get better with age. Like me.” While no one is going to tell Keith to get off stage or that his time in the spotlight is up, many executives, especially those in customer-facing roles like sales and marketing, start feeling the pressure to exit stage left as they get older. For example, according to Ad Age , “In advertising, and at agencies in particular, it’s rare employees ever reach retirement age. They’re often squeezed out long before.” This age glass ceiling is a very real dilemma. As a longtime sales executive, I have seen many instances of peers being squeezed out because of their success and longevity, not despite it. At a certain point, employers can neither keep up with the pace of commission inflation nor offer a path for professional growth outside of the C-suite. What results is career stagnation, where executives are squeezed from the bottom by their proteges rising up the ranks with cheaper salaries and more long-term opportunity. But they have no way to grow in their careers except out of the workforce. PROMOTED While retirement at 65 was historically seen as the ultimate badge of honor, many members of today’s older generations want to stay relevant in their respective fields and maintain fulfilling employment, whether that’s full time or part time. Thirty percent of certain gig workers (1099-MISC contractors) are over age 55, according to ADP via CNBC . When you compare this data to full-time W-2 employees, the number of workers over 55 drops to 21%. From my perspective, this shows our full-time economy isn’t providing these workers with the opportunities they seek, so they are being forced to create their own. But is this a bad thing? After decades of employment, sales professionals have a specific realm of expertise and a strong network. It takes years for a sales professional to hone their craft; creating long-term relationships and mastering the sales cycle is akin to a lawyer or doctor spending years in a courtroom or operating room. Age and experience are undeniably intertwined. Working independently provides workers over 55 with the opportunity to be their own bosses, set their own rates and determine their own schedules. A study released in 2018 by Vistaprint — which surveyed 1,000 American adults from the general population and 500 U.S. small-business owners — found that the majority of Americans want to own a business and be their own boss. The issue is when these professionals who are 55 or older are blind-sided by an unexpected layoff or forced retirement and have inadequately planned […]

How to Become a Freelance Writer and Double Your Income 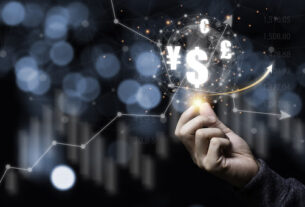 How To Make Your First $100,000 Online Drop Servicing by Dylan Sigley